You’re in the right place.

Get 25% Off On Your First Purchase!

Try It For Free.

do you Want to buy biodegradable products?

you’re in the right place.

I don’t know if it happens to you, but to me, the few times that I go to the supermarket, I lose the soul to the feet.

it Seems that they are celebrating the days of the plastic; in each shelf, in the box… bags and plastic packaging in each product.

I have come to see a piece of fruit tucked into a plastic tray, which in turn was put in a bag small and was put in a box in another larger one, also of plastic. Have we gone head-to-all?

why a web of articles biodegradable?

This website attempts to combine biodegradable products -then you will see the definition – to have a site, products which, once used, do not keep on the planet within 500 years. I don’t think that you would want your great great grandchildren to play with your garbage.

it Also responds to a personal need, or almost a war, against the plastic single-use. There are two alternatives:

I See my way through the world as the posters that are in the public baths:

Leave it as you would like to find it.

I assure You that now I do not see that we are leaving the planet as we would like to see it.

The war on plastic

do you Want to know the problem in depth?

Before you put me down, go ahead of the advantages of plastic. This material is very versatile, which allows us to do almost anything and has course progress giants for humanity, but we are going a little bit.

With all the security you’ll be reading this from a device made largely of plastic.

But this advantage is accompanied by a stick very large: being a synthetic material created by using chemicals to artificially,
is not degrade too well on the nature, causing all sorts of environmental problems. For this reason, we are creating materials to be more respectful with the environment, as can be the
biodegradable plastic or the bioplastics.

The concept of bioplastic and biodegradable plastic blends with ease, but in reality they have different meanings and are materials with different characteristics.

we’re Going with a bit of theory on the subject.

According to the characteristics of the plastic, we can distinguish 3 basic groups:

we Could add a fourth group:
recycled plastic, but in any case can be included in one of the above types according to their origin and characteristics.

The conventional plastics have a symbol formed by three arrows in the shape of a triangle with a number in the center that serves to identify them. The numbers range from 1 to 7 to distinguish the different types:

Sin embargo,
there is no official symbol to identify biodegradable plastics or bioplastics, which ultimately would be included in the #7 (other), which is not more than the drawer disaster to classify the plastics that do not fit into the other 6 codes.

anyway, what is more usual is that the products made with biodegradable materials or with bioplastics come labeled in a way that allow us to distinguish them. Often indicate these characteristics in the tags, in the form of text or with some symbol that was not official, so we can identify them without problem.

What are they and why should you use biodegradable products?

To correctly understand what makes it different to this type of material, we must be clear about the concept of biodegradable and their implications.

According to the brief
the definition of the SAR biodegradableis “Said of a substance That can be degraded by biological action.”

to Expand a little the concept,Wikipedia summary the biodegradability of it this way:

Biodegradable is a product or substance that can be broken down into the chemical elements that make it up, due to the action of biological agents, such as plants, animals, microorganisms and fungi under natural environmental conditions.

the Process by which a biodegradable material produces carbon dioxide, water and humus within a specified period of time under certain conditions, without producing waste or toxic substances.

The composting transfer biodegradable waste, including biodegradable plastics, into useful products (natural fertilizer). Composting is the accelerated degradation of organic matter by a microbial population in a moist, warm, aerobic (in the presence of oxygen) in controlled conditions.

A material is compostable if it does not meet all the conditions. If it is
is a material that is decomposed in more than 6 months would not be considered compostable.

For example, a material that will biodegrade in 5 years would not be valid for composting, because it would take too long and messes up the rest of the compost. Or if this material produces toxic substances in the degradation process, it would also be compostable.

therefore, we must be careful if we make compost and do not include materials that, although they are biodegradable, do not specify clearly that they are compostable.

The
biodegradable plastic is one that is degraded by biological action in a certain period of time under specific conditions.

These plastics can be source petrochemical or can be made of organic substances that are renewable, such as plants, debris, agricultural, micro-organisms, etc, In this latter case, they also receive the name of
bioplastics.

The biodegradable plastics are not something new, but have also been used for many years, for example in the sutures medical soluble.

According to the
terms and conditions for biodegradation we can distinguish between:

sometimes we use the term bioplastic to define plastics that are biodegradable, but what is more correct is to distinguish these two concepts, since they refer to materials with different characteristics.

According to the
the definition of bioplastic
,it is a polymer of organic origin that comes from agricultural resources, forest, animals, or microorganisms, in principle, renewable. That is to say, that you do not use petroleum products for their manufacture. The bioplastics are usually identified with the acronym BPL.

The biodegradability of a material does not depend on the source material, but its chemical structure so that

there are bio non-degradable. But in general, bioplastics are biodegradable and compostable, although there may be an exception.

The problem of recycling of these polymers is that they degrade with ease, but under the right conditions it is possible.

ways of obtaining these materials are very varied, and depending on their origin they are going to have properties differentiated. According to this source, we can distinguish the following types of bioplastics:

Within these three large groups there is a variety of bioplastics, since these can generate pure products or mixtures.

Perhaps one of the bioplastics more known to be
the polylactic acid (PLA). This behaves as polyethylene and polypropylene so that it begins to be widely used for food packaging.

According to
NatureWorks, the manufacture of PLA saves two-thirds of the energy that would be needed for the manufacture of conventional plastics. And unlike traditional plastics and biodegradable plastics, bioplastics generally do not produce a net increase of carbon dioxide when they degrade, because the biomass that is used to make them are already absorbed previously the same amount of CO2. The figures indicate that the PLA is producing nearly 70 percent fewer greenhouse gases when it degrades in landfills.

in Addition to producing less greenhouse gas emissions (a leading cause of climate change), bioplastics have a number of
advantages in front of the conventional plastic:

And at the end, and what is more important, allow the independence of the oil, since it is not necessary for their production. We are the black gold up to the balls.

bio-based plastics, they are far from perfect, they also have a series of
disadvantages which consider:

The following table presents the most noteworthy characteristics of the different types of plastic mentioned:

Biodegradable.it participates in the Affiliate Program from Amazon US, a program of advertising for affiliates designed to give web sites a way to obtain commissions for advertising, publicizing and including links to Amazon.is. Amazon logo and Amazon are trademarks of Amazon.com, Inc. or of companies of its group. 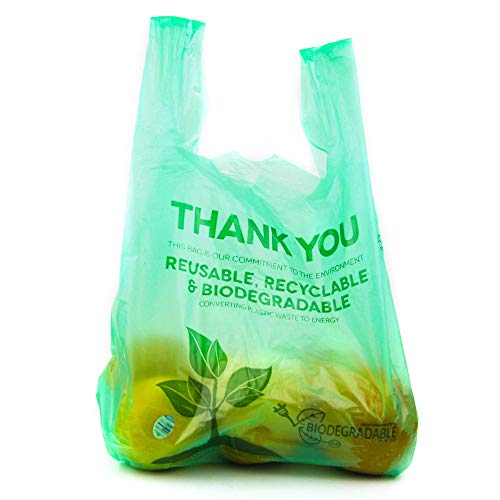 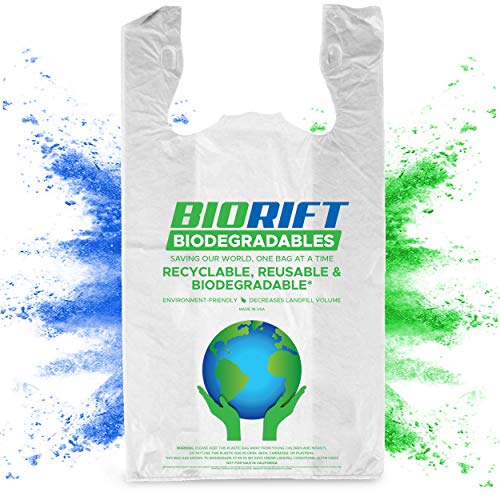 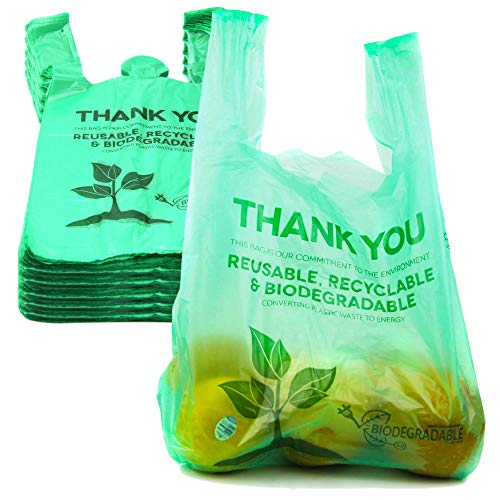 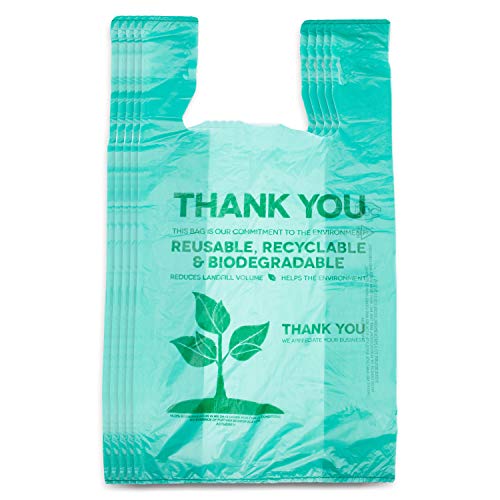 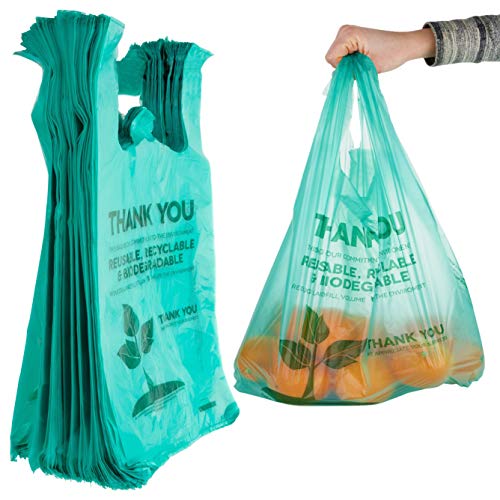